The stocks weak opening had an immediate impact on gold, sending the price of the metal to $1,246. 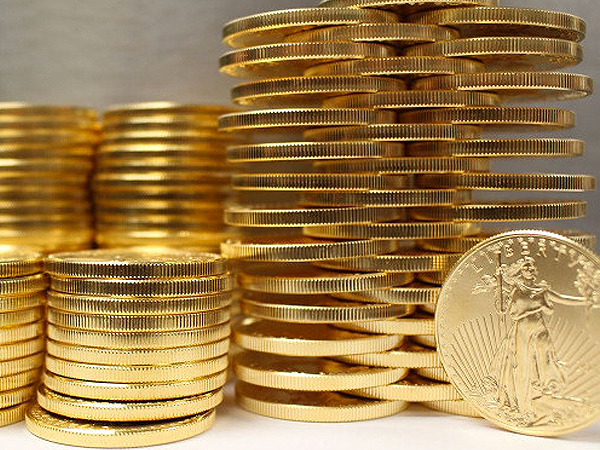 Gold climbed to $1,235 an ounce early last Friday, reports Kitco, in anticipation of what many felt would be a volatile day in equities. Kitco’s Jim Wyckoff noted that, after raising so many question marks, stocks needed a rebound to reassure investors and close an anxious October on a strong note.

Yet, as Wyckoff predicted, stocks posted a weak opening and never seemed to recover, extending to the market’s longest weekly losing streak since 2013. Although a strong GDP report on Friday caused a mild hitch in gold’s price, disappointing earnings reports by tech giants like Amazon and Alphabet proved more impactful as investors wasted little time selling off their tech stocks.

The concerning equity picture had an immediate impact on the price of gold, writes the article, sending the metal to $1,246 an ounce after an already strong week. Although Treasury yields initially rose as well, the sell-off in equities eventually pushed them down to a three-week low, leaving gold as the only winning haven asset.

Wyckoff points to clues that the U.S. stock indices have put in major tops as something that could translate to further gains for precious metals. Worried investors now move into an uncertain weekend with various geopolitical risks on the horizon.

While no single event can be blamed for causing the fear that’s gripping the markets, Wyckoff lists several flare-ups that have played in gold’s favor. A prominent one has been the trade war between the U.S. and China and its escalation past tariff increases on both sides. The Chinese yuan plunged to multi-year lows in what some White House officials interpreted as a clear sign of currency devaluation, the purpose of which is to gain a trade advantage. President Trump has long claimed that the Asian nation manipulates its currency in order to reap the benefits in international trade.

According to the article, other tensions included the recent murder of a Saudi Arabian journalist, an event whose circumstances have polarized world leaders and the public. There are also signs of trouble brewing in the eurozone, as a survey of professional forecasters by the European Central Bank reported weaker GDP growth projections in the coming years. The EU has lately been at odds with Italy, a member state whose government refuses to adhere to a Brussels-approved budget. Furthermore, Turkey’s economic crisis also bears negative implications for the zone, due to both bank exposure and the possibility of Turkish migrants flooding European countries.

As Wyckoff explains, the next key resistance for gold lies at $1,275 an ounce. The metal’s jump past its 100-day moving average earlier this week is a bullish development that points to positive price action in the near future.