Chris Weston believes there are too many risks in the global economy for gold to remain on the sidelines. 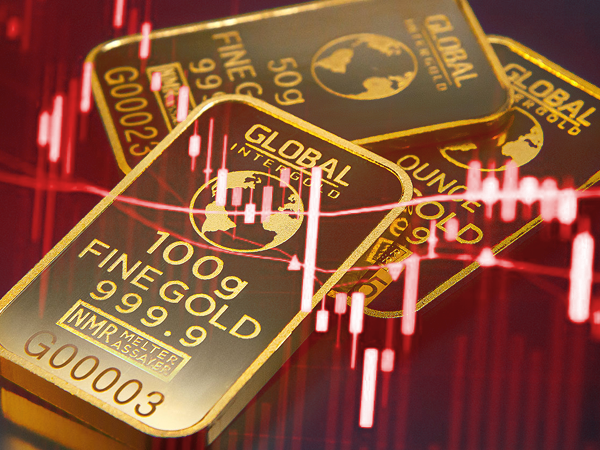 A recent article on MarketWatch reported that mounting risks on the horizon could finally boil over and give gold its due in 2019.

Chris Weston, head of research at Pepperstone Group, notes that staying long gold has been difficult at times, namely due to a persistent U.S. dollar whose strength simmered down the metal’s gains. However, Weston believes there are too many risks in the global economy for gold to remain on the sidelines for much longer.

According to the article, the biggest talking point among traders in the U.S. has been the shaky equities market and the record plunges of numerous blue-chip tech stocks. Dropping crude oil prices have been another source of concern, as the market recently extended its longest losing streak since 1984.

The lack of an agreement between the U.S. and several of its trading partners has done its part to keep investors wary. With hundreds of billions in tariffs already imposed between the U.S. and China, the potential ramifications that the standoff could have on global trade are massive reports the article. The U.S. and Canada have also struggled to find common ground over a new NAFTA deal, together with talks of the latter’s exclusion if the situation doesn’t improve.

The Fed’s aggressive hiking policy, which has historically been a bearish development for gold, could change as new and overlooked data pours in. Gold has shaken off some of its losses in recent weeks even as the Fed’s tightening cycle continues on its fourth year. But according to the article, the metal could bounce higher as the public realizes that the central bank has been ill-advised on its course of action.

Weston notes that Fed officials have managed to keep going by ignoring some important data, such as a rise in unsold homes and falling capital goods orders. But Powell and company won’t be able to skid by the rise in unemployment, as the state of the labor market has been one of the Fed’s most important markers.

Weston predicts that the overdue realization of the Fed’s mistakes will kick in somewhere around the second quarter of 2019. This will trigger a shift in global trade strategy from one of risk taking to one of capital preservation. According to the article, gold will benefit from a safe-haven flight away from the U.S. dollar as currency wars make their comeback, said the analyst. Treasury yields will likewise suffer as risk aversion becomes widespread, serving to further strengthen the metal’s haven case.

The eurozone isn’t without its share of troubles that could reignite gold demand in 2019 reports the article. These include concerning growth reports from Germany, EU’s economic powerhouse, as well as tremors surrounding the Brexit deal and budget concerns from Italy.

Weston added that the metal’s turnaround will be bolstered by a major covering of short positions, which recently ballooned to record heights in the precious metals market. According to the article, gold’s price will likely shoot up as large speculators rush to cover their shorts right as the metal takes center stage