Financial group Macquarie says central banks added 264 tons of gold to their holdings in just the first three quarters of 2018. 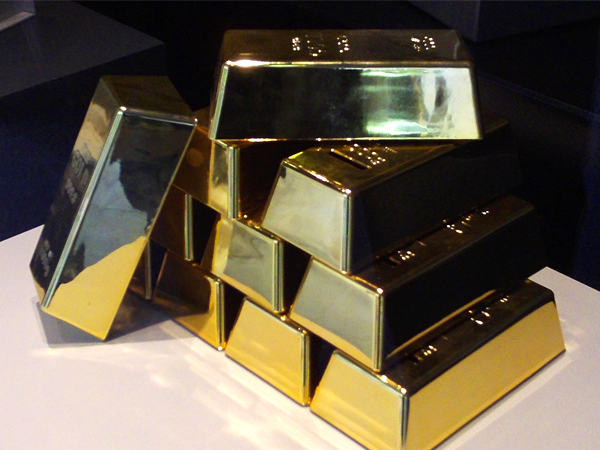 A recent analysis by financial group Macquarie showed that central bank gold buying has climbed to its fastest pace since 2012. According to an article on BullionVault the group reviewed bullion demand by central banks between January and September, noting an increase in demand by both usual buyers and those countries which haven’t purchased bullion in years.

In the first three quarters of 2018, central banks added 264 tons of gold to their holdings, by far the most during the period in the last six years reports the article. The nine-month buying spree added 0.8% to the combined central bank gold stockpile.

According to BullionVault, the continuation of strong demand in the third quarter comes after reports that central bank gold holdings rose by 193 tons in the first six months of 2018, up from the 178 tons bought in the same period last year. This marked an 8% year-on-year increase in demand by the official sector.

Macquarie’s analysts found it especially notable that some of the buying came from previously absent emerging-market economies and even a European Union member state. The Reserve Bank of India bought its first 8 tons of bullion in almost nine years. The last time India’s government bought bullion was 2009, when a massive purchase of 200 tons towards the end of the year established the country as the world’s 11th largest gold holder.

Egypt bought gold for the first time since 1978, while the governments of Indonesia, Thailand and the Philippines also made purchases after several years of absence. Poland’s acquisition of 9 tons of gold was the first time a country in the European Union increased its gold holdings in the 21st century, barring Germany’s repatriation of its reserves in 2017. According to BullionVault, Macquarie took this as a definite sign that gold is becoming more appealing to countries around the world.

The standard largest gold buyers were also present during the buying-period. Russia, Turkey and Kazakhstan dominated the top three rankings in the first half of 2018, as they accounted for 86% of all central bank purchases. Of the three countries, Russia leads far ahead with its bullion purchases as it seeks protection against foreign interference.

This year, the Kremlin reduced its holdings of U.S. government bonds by four-fifths in what many interpreted as a bid to lessen the U.S.’ power over it reports the article. The country has been hit with numerous sanctions by the White House, the most recent of which came after U.S. intelligence found proof of Russian interference in the 2016 presidential election. Putin’s involvement in the double-attack on former spy Sergei Skripal and his daughter in the U.K. could be another cause for penalization.

BullionVault writes that an analysis showed Russia bought 70% of its gold-mining output since 2013, when the first sanctions took place. Dmitry Tulin, the First Deputy Governor of Russia’s central bank, praised gold’s risk-management properties in a statement made earlier this year.

In a report highlighting central bank gold demand in 2018, the World Gold Council said it expects governments around the world to continue making sizeable additions. Besides diversification, the WGC listed a shift to a multipolar reserve currency system as another reason why central banks are becoming more interested in gold.