2019 could be the year the Fed wraps up its hiking cycle, giving gold more breathing room. 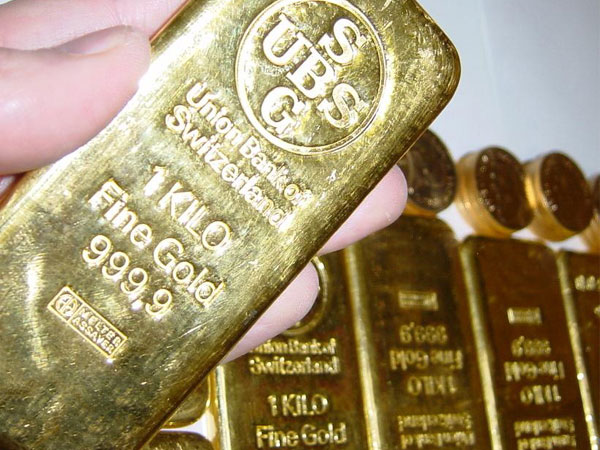 After years of successive interest rate hikes, a recent Newsmax article reports gold could soon have more breathing room due to a change in Fed policy.

The central bank has been on a tightening tear since 2015, when officials began raising the borrowing rate three to four times each year. According to Newsmax, market participants have long speculated when the Fed might wrap up its hiking cycle, and 2019 could be the year when investors finally see a reversal.

Fed Chairman Jerome Powell has pointed to a slew of positive economic data as justification for his hawkish stance, yet according to the article, some have accused Powell and his team of ignoring several important reports that could paint a less flattering picture.

The biggest takeaway from last Wednesday’s Fed meeting may have been Powell’s toned-down stance says the article. Although officials didn’t hint towards a possible halt in the Fed’s trajectory, some analysts are expecting this scenario in the near future.

Trey Reik, senior money manager at Sprott U.S., thinks we’re nearing the point where the Fed chair will relent. In the article, Reik noted that the dollar’s strength is directly tied to the Fed’s policy and its adherence to a hawkish rhetoric. Should investors come to believe that a reversal of the Fed’s course is inbound, Reik predicts that the greenback will plummet while gold shoots up.

Rate hikes are generally seen as bad for gold, and the Fed-fueled dollar has acted as the metal’s biggest headwind in the past few quarters. Yet gold has shown an ability to thrive even when the landscape around it seems unfavorable, writes Newsmax. The previous hiking cycle, which went on from 2004 to 2006, saw gold gain more than 50% during the stretch. The yellow metal also gained 15% since the Fed unveiled its current tightening schedule in December 2015.

Adrian Ash, research director at London-based BullionVault Ltd., points out that gold’s stable purchasing power has allowed the metal to power through previous Fed hikes. According to Newsmax, out of the various benchmarks that the Fed uses to justify its decisions, analysts have recently pointed to the unemployment rate as perhaps the biggest red flag.

Fed officials have admitted that the current rate of 3.7% is unsustainable and that an uptick is coming. Chris Weston, head of research at Pepperstone Group Ltd., says that a rise in unemployment would translate to a surge in volatility and leave investors scrambling to buy gold and sell the dollar.

Sprott’s Reik thinks the next Fed meeting will continue in the same tone and show more hesitation on officials’ part. Reik sees gold reaching $1,360 an ounce in the first half of 2019 as the Fed changes course, followed by a move to $1,525 later in the year.

Reik’s bullishness is shared by some big banks who have recently turned positive on gold. In their latest report, Goldman Sachs’ analysts have advised investors to assume a long gold position and said that bullion ranks as one of the most attractive investment choices currently available.