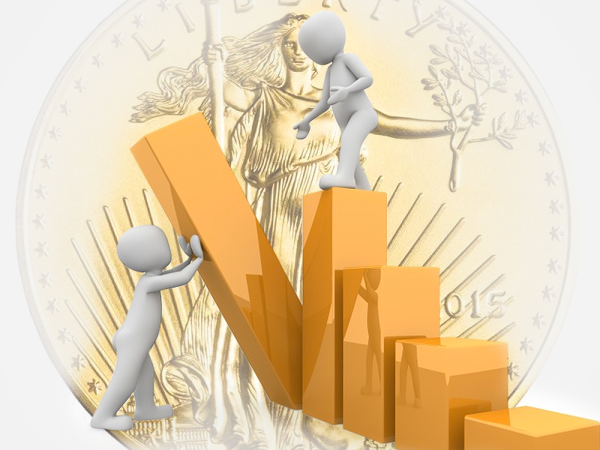 As Forbes’ Simon Constable notes in a recent article, lengthy bullish stretches in the stock market can sometimes plunge investors into a frenzy. Faced with the prospect of the S&P 500’s flashy returns, Constable believes far too many seem to have forgotten about hedging their bets with a solid investment such as gold.

However, now that the equity market’s decade-long bull run is coming to a close, investors are being quickly reminded that it pays to prepare for the worst. According to the article, with an average annual return of more than 5% in both the 10-year and 20-year periods, those with a heavy exposure to bullion haven’t had to worry as much about sudden downturns or market upheavals.

Constable thinks that having a significant gold allocation is no longer something that only gold bugs should consider. Most agree that stocks have, in some form, been correcting since the start of the year, and many believe that this year’s flash crashes are a harbinger of tough times in equities.

With such a backdrop, Constable sees the case for gold growing stronger every day. Fellow Forbes contributor and money manager Frank Holmes agrees, pointing out that commodities are gunning for center stage as stocks look to post their worst year since 2008, with the S&P 500 suffering a loss of nearly 10% just over the past month. Although analysts like Holmes advise a 10% gold weighting in a portfolio, many investors boast a much greater allocation to the metal.

Constable advises investors who are underweight on bullion to catch up sooner rather than later, as 2019 could be the year of markedly higher gold prices. Holmes draws the same conclusion, stating that the Fed’s planned wrap-up of its tightening cycle could be just what the metal needs to shoot up.

An end to the hiking cycle will take some steam away from the dollar, which has been gold’s biggest competitor since the start of the year. But even 12 months of an exceptionally strong U.S. dollar ultimately did little to dent gold’s price, states the article, as the metal drew strength from numerous supporting factors and looks to end the year on a strong note.

To Constable, investing in gold is comparable to life insurance in that both offer an infallible sense of security in any situation. Unlike insurance, however, gold consistently rewards its investors with tangible and immediate returns, a perk that will likely become more palpable in 2019 and beyond.