Mad Money host says gold could soon surprise everyone and shoot back up in the near term. 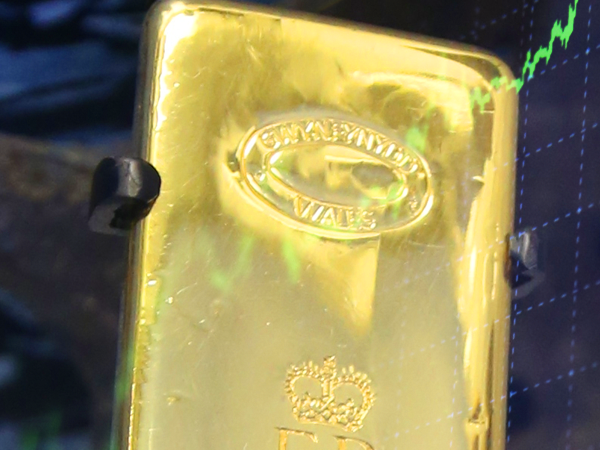 After a tame summer for the gold market, the yellow metal could start heating up as we move closer to autumn reports an article on Kitco. CNBC’s Jim Cramer recently spoke about the potentially oversold position gold has found itself in, listing different reasons why he believes a massive upswing is right around the corner.

According to the Mad Money host, the latest Commitments of Traders Report by the Commodity Futures Trading Commission (CFTC) revealed that big money speculators are overwhelmingly bearish on the metal’s short-term prospects. To Cramer, the skewed negative sentiment is a red flag which suggests that gold could soon surprise everyone and shoot back up to $1,350 in the near term.

The article writes that Cramer used historical precedent to back his expectations, pointing out that the last time the CFTC released similar numbers was December 2015. Shortly afterwards, gold posted a massive comeback that few analysts saw coming.

In the article, Cramer also referred to fellow analyst Carley Garner, co-founder of DeCarley Trading, who believes that gold’s return to the winning column is imminent. Garner listed $1,200 an ounce as a possible bottom, after which gold could embark on a journey to $1,350. Cramer added that gold’s proven ability to go against the grain and prove skeptics wrong will be a key thing to keep in mind in the coming months.

In terms of investment advice, Cramer backed gold as the ideal portfolio hedge in current market conditions and said that many investors could do with a move into the metal. The money manager noted that concerns continue to grip the markets, with investors worried over rising rates, soaring inflation and the White House’s protectionist trade policy.

Instead of dumping stocks, Cramer suggests that investors turn to gold as insurance against tumult from any number of risks on the horizon. In the article, Cramer also said that the ballooning U.S. debt, which currently sits at an ever-growing $21 trillion, is yet another major source of concern. Some, including President Trump, have warned that reaching $24 trillion in debt could be the source of an economic collapse in the U.S.

Like other analysts, Cramer noted that gold has been peculiarly unresponsive to trade tensions between the U.S. and its partners, which include not only China but also Canada and the European Union. Despite prevalent worries that disputes between the U.S. and China could plunge the global economy into chaos, the article reports that gold, a safe-haven asset sensitive to conflict, has yet to catch a tailwind from Trump’s or Xi’s rhetoric.

With so many catalysts that could usher in higher gold prices, Cramer stressed that now is the best possible time to load up on the yellow metal.